A trend setting topic at the moment is undoubtedly and confidentiality agreements. The legislative spotlight is fully on them and there are likely to be 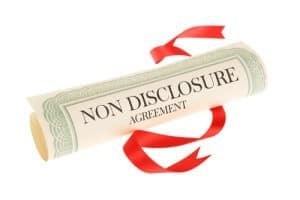 further requirements coming down the line as to what they can and cannot provide for. Rarely perhaps has there been so much universal focus on a legal issue as there is on this at the moment.

The House of Commons Women and Equalities Select Committee, the Department for Business, Energy and Industrial Strategy, ACAS, The Law Society and the Employment Lawyers Association amongst others are all focussing on this in a big way right now. Triggered not least by the worldwide publicity of cases such as the allegations surrounding the Hollywood ‘mogul’ Harvey Weinstein and the President’s Club situation in which women had to sign agreements not to disclose details of their experiences while catering at a charity dinner.

Such publicity has provoked the government to consult extensively on how to legislate to ensure that harassment, discrimination and/or any ‘whistleblowing’ in the public interest cannot be ‘swept under the carpet’ by means of an NDA, while enabling employers to protect valid confidential information of a commercial nature such as trade secrets and intellectual property rights.

With this in mind The Law Society has recently issued a public notice which provides that both parties need to be clear on what exactly the agreement is restricting the employee/worker from doing. This logically makes clear that an NDA must not attempt to restrict anyone’s right to disclose to relevant authorities, including the police and regulatory bodies, any wrongdoing and the employee/worker must be given a copy of the agreement. (That maybe sounds obvious but there appear to have been situations uncovered in the course of the government’s recent review of NDA’s of individuals being prohibited by the agreement from keeping a copy for their own records).

For information and legal advice please contact us at info@qorelegal.co.uk

Any cookies that may not be particularly necessary for the website to function and is used specifically to collect user personal data via analytics, ads, other embedded contents are termed as non-necessary cookies. It is mandatory to procure user consent prior to running these cookies on your website.